If success had a color, that color would be gold. For centuries, cultures all over the globe have used gold ornaments as symbols of wealth, prosperity, and achievement. Win an Olympic event, and you are awarded with a gold medal. Ancient Egyptians considered gold to be the skin of the gods. America was even discovered during the search for gold. Gold is especially useful today as a symbol of power and vitality when worn on the wrist. Fortunately, there are many cheap gold watches on the market that get the point across without breaking the bank. Here are a few top picks, each with a slightly different personality. 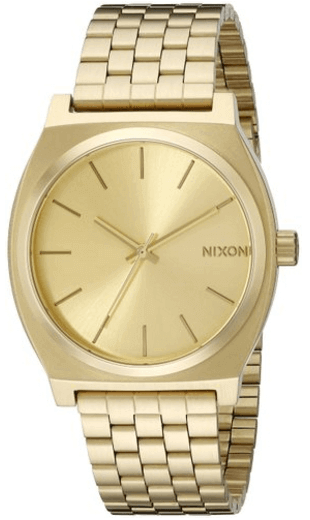 The Nixon is a classy gold watch that fulfills all the basic functions that a time piece should. The entire watch is built of Stainless steel, and every element is a gold tone. There are no busy dials or meters, only simple stick hands on a Sunray dial. Although the Nixon prefers a minimalist build, the watch reeks of quality, and looks about 5x more expensive than it actually is. The piece will also last quite some time, with water resistance to 100 m, quartz movement, and batteries included out of the box. For those looking for a nice basic and functional gold watch without cutting any corners the gold Nixon certainly fits the bill, and is one of the company’s top sellers. 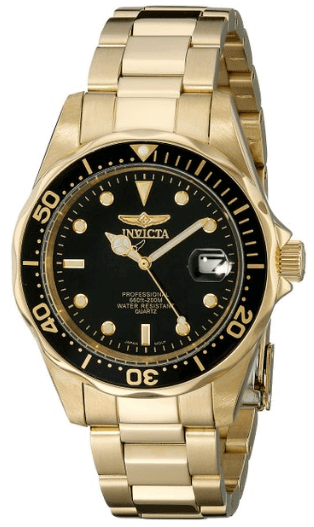 Invicta is one of the most well-known watch brands on the market, and we are lucky consumers to have one of their gold models available to us at such a low price. This particular piece features a nice thick stainless steel band, along with a pure black face. The white hands and hour markers stand out easily against the dark face, and and glow with lume in the darkness. The 8936 is part of the Pro Diver collection, so you can bet that it will withstand whatever depths you throw at it on your water adventures. Powered by Japanese quartz movement, the Invicta is one of the most reliable cheap gold watches on this list. 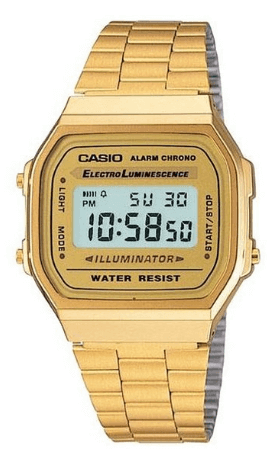 The gold Casio is probably the most popular option on this list, and also the least expensive. It is obviously not for everybody, but is a pretty cool take on an iconic brand. I have personally seen this one a few times on the streets of NYC and its left a positive impression. The Casio is a fairly simple digital watch, but the gold tone adds an unexpected bit of flair and personality. The watch is light, very easy to read, low cost, and gold. What more could you ask for? 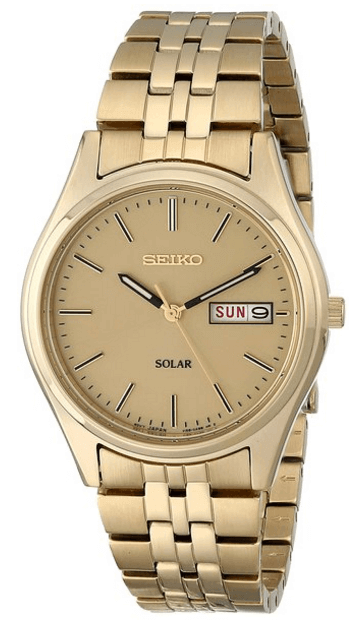 The Seiko brand is an impeccable pillar of reliability in the wrist watch market, and a good roundup list would not be complete without a Seiko model. Not only do these watches have great build quality, they are often being sold remarkably cheap. This gold Seiko is no exception. The watch features a subtle and uncluttered design, with gold tone throughout. Unlike the other time pieces on this list, the Seiko is powered solely by the sun (or indoor lighting) and will never require a battery. Pretty neat stuff. 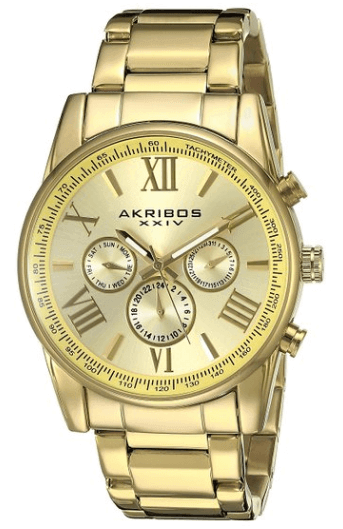 The Akribos is a stylish watch with a few different features than the others. The dial is a little busier, with chronograph features and date display. The hour markers are also roman numerals, which has a pretty classy effect that pairs well with a gold tone watch. The band is a stainless steel mesh with a fold over clasp, resulting in a watch that stays light and easily adjustable. For less than 100, the Akribos gold watch is a tough piece to beat. 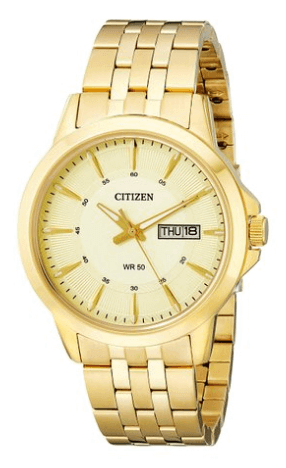 Citizen is another iconic watch company, and I had to make sure to squeeze at least one of their models into this list. The brand was founded on the principle that ordinary citizens should be able to afford exceptional time pieces, and they specialize in providing excellent value watches at low prices. This particular model is a bright gold, with a date window at the 3’oclock and fold over clasp. The watch features Japanese quartz movement, and will come ticking out of the box with no further need to worry about power. Citizen is a respected brand, and the standard features of this model make it a good choice for anyone who needs a great gold watch to add to their wardrobe. 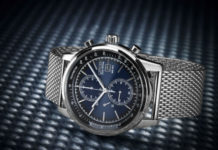 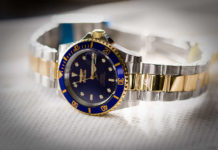 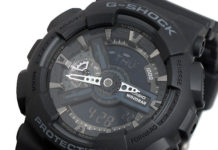